Today's Topic – What if 2% of your population just disappeared?

Before, I start yapping about worldbuilding. I need to take a moment to thank you for the listening to the show. We hit 40,000 downloads on the podcast in July of 2016 just before this showed aired. It might not be the biggest show in the world.  However, it grew much larger and faster than I could ever dream.   So, Thank you, dear listener. Michael and I really love the show. However, knowing there are so many of you out there keeps pushing us to do a better job at creating the show. We are a small indie studio, so we know it wasn’t us but you the listener that gives this show more success than we can believe.

Worldbuilding is driven by questions

So the question we would like to explore today is, “What would happen if 2% of the world’s population vanished?” I really have to think the HBO series the Leftovers for the question.  I started watching the show, and it made me think.

How would the world react to such an event?  It is horrible. However, it would not come close to an apocalyptic event.  However, it should have a truly massive impact.  Our world has about 7.4 Billion people in it according to Census.gov. That would mean over 140 Million people or 1 in 50 people would just randomly disaster in a day. Sounds pretty horrible to me.

1 in 50 is bad, but there is some good news in the scenario

In 2015 the population of the earth grew at about 84 million in a year according to the worldmeter.info website.  So even if the rate of population growth slowed, the earth’s population would return to current levels in around 2 years. So this theoretic tragedy mystery in perspective, it is bad.  However, it does not put the future of mankind at risk.

So join Michael and I today as we brainstorm stories and worldbuilding changes to the world based on this question what you would do?

What would happen in your world if 2% of the population just disappeared?

The Real World task for the day

Interview with Dawn Metcalf
HBO's The Leftovers
Use Gardul.com/Amazon when shopping online to help support the show 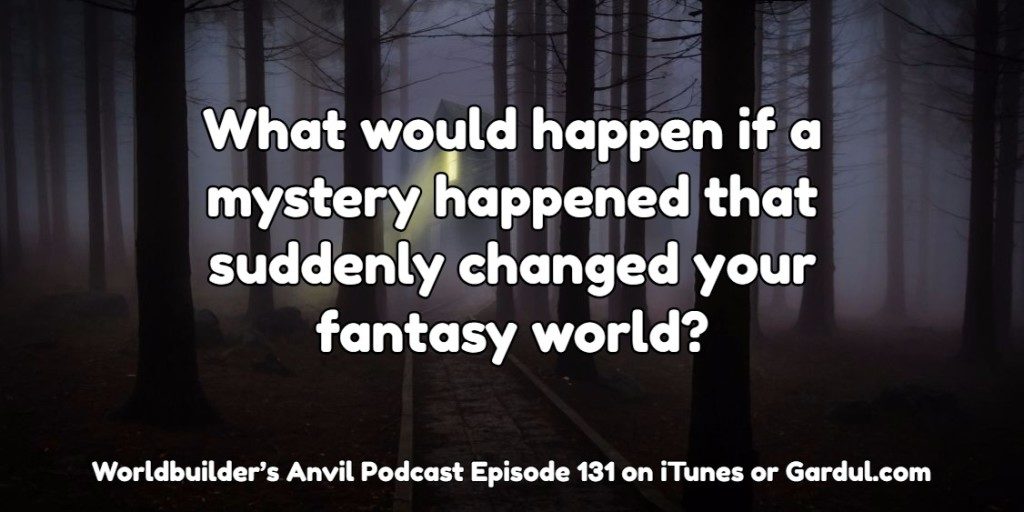 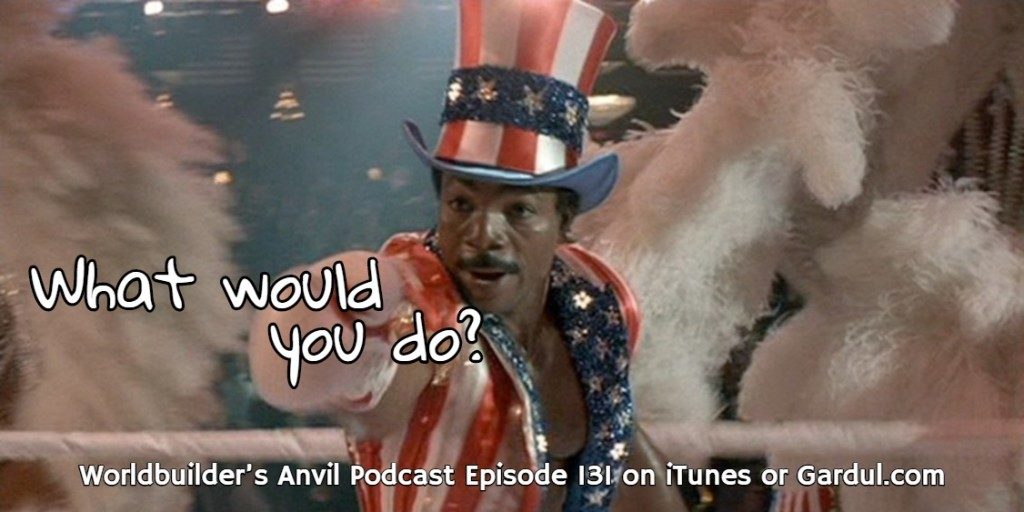 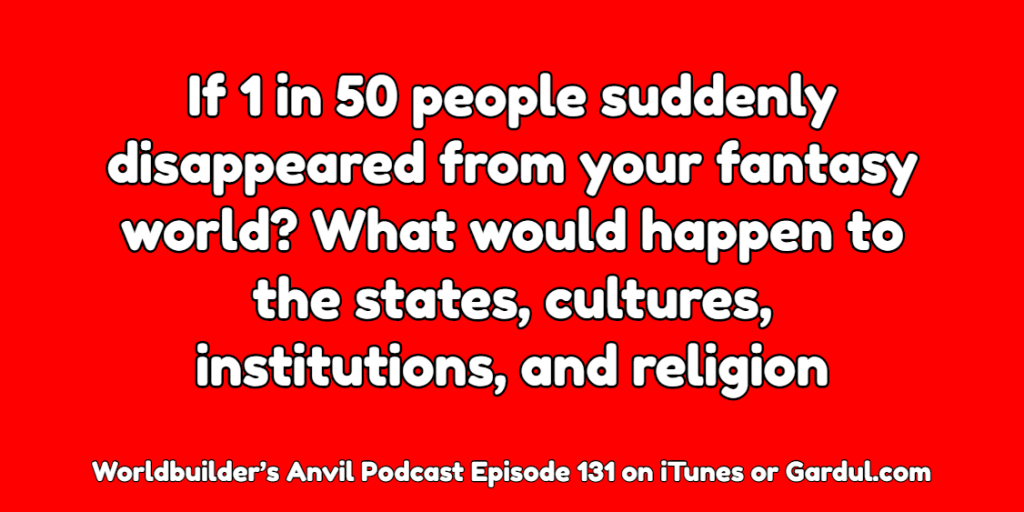 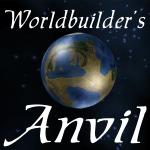