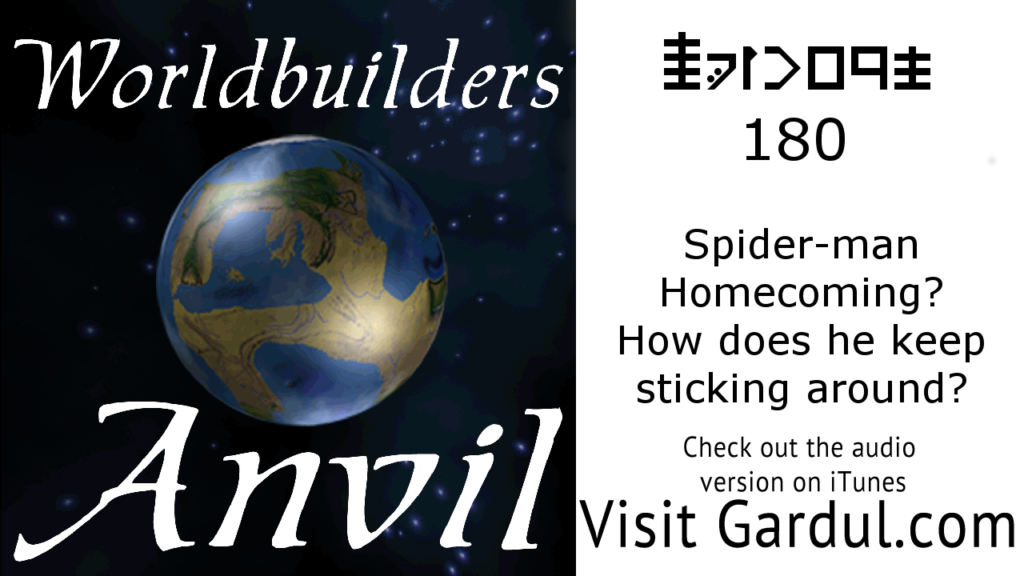 Today's Topic How a teenage boy has stuck around for so long?

Worldbuilding is not only the big parts of a fictional world, the cultures, maps, and states. It is the details. I would argue that the characters of a world, or the faces as I like to call them are the most important detail. However, this is a discussion for a different podcast episode. Let’s skip to Spider-man!

Spider-man was born in august on 1962.  However, he is still one of the most influential and oldest teenagers in the human experience.  Marvel tries to age him.  He is a nice character with some age.  However, it is his youth and people’s ability to connect with him that make him such a powerful character.

Listen to Michael and I as we look into Spidey, the Wall Crawler, good old web head, Your friendly neighborhood Spider-man

Spidey in Movies and Television