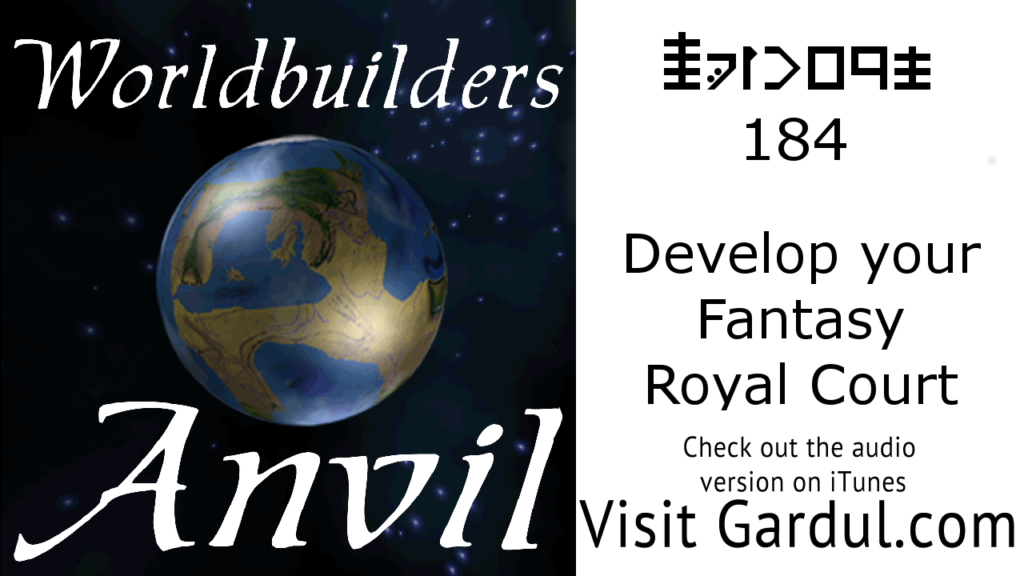 Outside of the magic, one of the most common features of the fantasy genre is the royal court. It might be the seat of power to the forces of good or the focus of evil. Or there could be a good and evil court.

Queens and Kings are here to stay

For whatever reason, people even in modern liberal democracies are still enthralled with these relics of the earliest civilizations. Some courts appear with minimal trappings, and others seem to be extraordinarily complex.

All of the courts have a few things in common

And typically, the structure will be mimicked by other influential people in the realm. The aristocracy or powerful commoners will set up their courts to prove their power, even when they are working to improve their positions in the Royal court.

Do not fly too close to the royal sun

However, as the smaller courts rise up, the King or Queen will often claim certain rights to themselves.  If those rules are trespassed on, it could cause a conflict with the monarch.

The bigger benefit for me was increased focus.  It was another major issue of mine.  However, that is a story for a different day.

Listen to Michael and I as we have some fun talking about royal courts.

Look at a large state and think out the royal system.