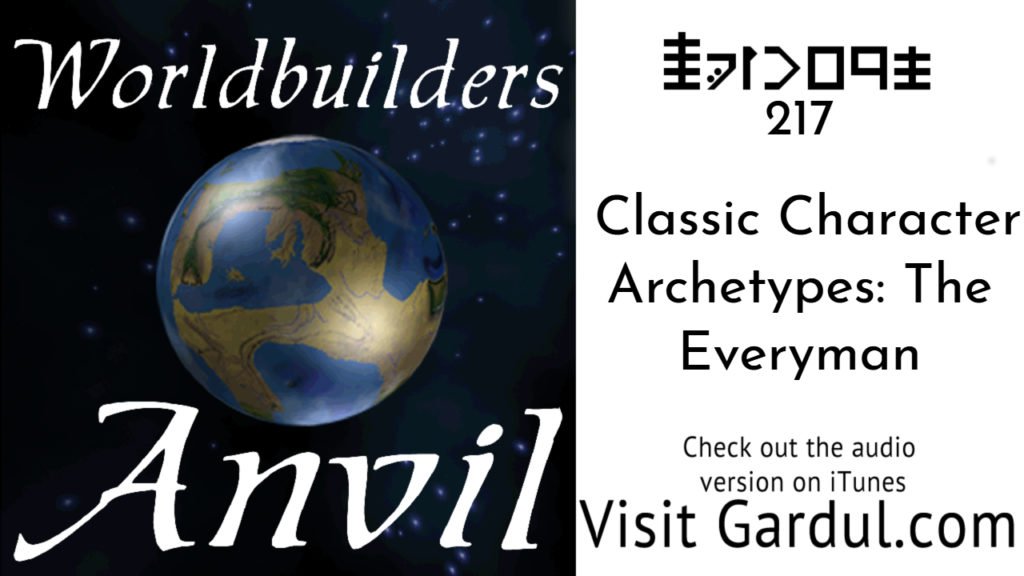 Today's Topic The Everyman, a literary archetype for creating your characters

Back to the study of archetypes that can be stored in your storytelling and worldbuilding toolbox. The Everyman character is unique in the fact that this pattern is not meant to be exceptional. Listen to Michael and I as we talk the everyman character archetype and how you can use it in your fiction.