Gardul is a Fantasy World.  Although it only exists in my imagination, Gardul is real. Gardul has its own sights, sounds, smells and tastes. Sometimes Gardul is inviting and other times its frightening.  Gardul can make you happy, sad, or angry. It is like any 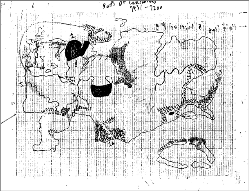 other place except it all started in my head.

Today, I begin sharing Gardul with the world. Years ago, I started sharing it with my friends and family through role-playing games and stories. Through books, short stories, and videos, I plan to share Gardul with anyone looking to escape into a fantasy realm of magic, strange creatures, and adventure.

Gardul started when I was in high school back in the late 1980's.  It started as towns, dungeons, and cities.  Nothing major, just content to round out or extended the modules I ran for my friends. However, I very quickly got bored with the content.  It did not fulfill my need to share stories. I just needed something more.  I needed a world.

I reviewed all the smaller content I had created and my imagination started to run wild.  I started sculpting out new countries, cultures, religions, languages, people, and monsters.

The new landscape started forming the fantasy world my mind swims in today.  However, every so often as I matured as a fantasy world builder and a storyteller I would notice things that bothered me.   I might say, “This culture feels wrong!” or “How did I get here?”  I would say it just like that, out loud and very publicly.  It made me very popular at school and the coffee house.

I would change the timeline.  I would think about how races and cultures would interact based on the events of the history.  My fantasy world stopped existing in my 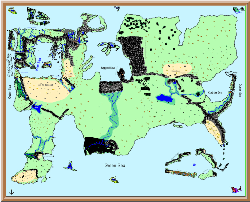 head and started living. Other than the fact that it frightened by parents a bit, it was the best thing that happened to me. I no longer had to fish for stories.  I simply had to retell them.  My friends' desire for new stories only made me push harder.  I really loved sharing places that people with imagination could feel.

Of course, I was inspired by the fantasy worlds that came before me, like Tolkien's Middle-Earth.  The Hobbit

and The Lord of the Rings

were my first real exposure to fantasy.

Like most role-players of my age, I was influenced by the original world from Dungeons and Dragons

.  I played games in the Forgotten Realms

, and the World of Greyhawk

.  I will always love those early days of role-playing games, especially using GURPS

which is the system I use to run stories in Gardul.

Because Gardul grew out of role-playing games, it has always been about character driven stories in a living word.  The events of the world could sweep up the characters or the characters could change the outcome of the events that happen in the world.

Well, that is enough babbling about my world Gardul. I really hope you love it as much as I do.  I hope it brings you some great reading, fun time with friends, and hopefully fuels your own journey of the imagination. 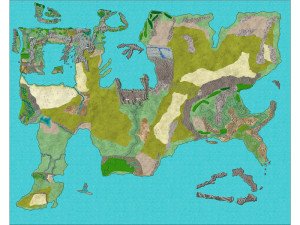